Furukawa, Miyamoto, and other Nintendo directors talk about their favorite games 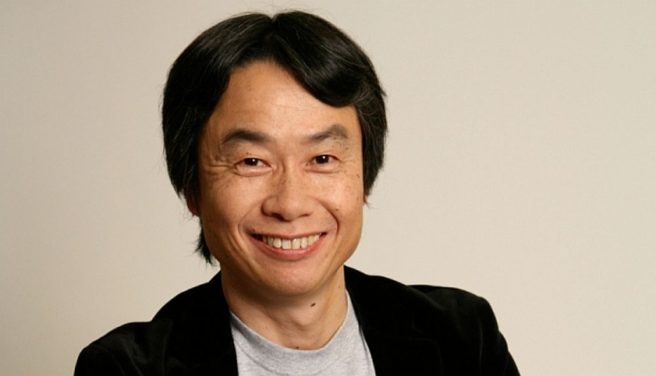 Nintendo’s Annual General Meeting of Shareholders tend to feature business-related questions, but one person attending the event decided to bring up a more easygoing subject. All of Nintendo’s director candidates were asked to discuss their favorite games.

We get to hear from all of the important figures at Nintendo here, including president Shuntaro Furukawa and Shigeru Miyamoto. Their full comments are posted below.

Shuntaro Furukawa (Representative Director and President): Super Mario Bros. was released when I was in junior high school, so I was right in the middle of the Famicom (NES) generation. Even today, in my private time, I play various games, both from Nintendo and from other companies. I’d like the other candidates to answer this question to the extent they can.

Ko Shiota (Director, Senior Executive Officer): Like Mr. Furukawa, I was part of the Famicom generation and grew up with the NES and SNES. I’m in charge of hardware now, but I’ve tinkered with hardware and been interested in how things work ever since. That probably explains why I gravitate to games like our recent product Mario Kart Live: Home Circuit, which I play with my kids.

Shinya Takahashi (Director, Senior Managing Executive Officer): I’m in charge of all our first-party software, so it’s hard to choose one game over another. But the first game I was involved with when I joined Nintendo was Yuyuki for the Family Computer Disk System. It’s a lesser-known adventure game, but it left an impression on me as the first title I was involved with.

Shigeru Miyamoto (Representative Director, Fellow): I basically tend to play the games I created myself, so I haven’t been influenced much by the games of other companies. That said, the first game that influenced me when I started the job of game development was Pac-Man, and from a design perspective, I think TETRIS is wonderful. I’m currently hooked on Pokémon GO. This game, which I’m playing with my wife, is a dream come true of playing a game with my whole family. I’ve been enjoying Pokémon GO with my wife and neighborhood friends for some two years now. The average person playing Pokémon GO in Japan is probably around 60 years old (laughs).

Satoru Shibata (Director, Senior Executive Officer): I like adventure games, and I just recently cleared Famicom Detective Club: The Missing Heir and Famicom Detective Club: The Girl Who Stands Behind for Nintendo Switch. Back in the day, I really loved playing Shin Onigashima for the Family Computer Disk System. I’m in charge of the Licensing Division, which serves as a contact point for software publishers, and they also have many adventure games that I enjoy.

Furukawa: I play most of our own first-party titles, but recently I’ve been playing a lot of the Hanafuda card game in Clubhouse Games: 51 Worldwide Classics.