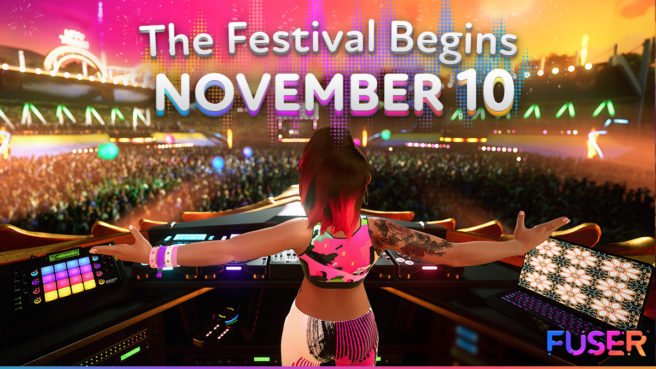 The interactive music game Fuser will launch on November 10, Harmonix has announced. Fans will be able to purchase the title either physically or digitally.