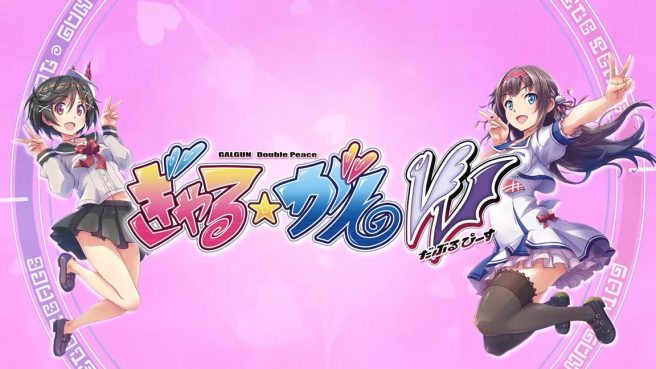 Gal Gun: Double Peace, which first debuted in 2015 in Japan (followed by the west a year later), has been announced for Switch. It will release for the console as part of a new definitive edition.

Switch has seen a couple of Gal Gun titles, but this is the first appearance of Double Peace on a Nintendo platform. It’s another rail shooter, though now it’ll feature new elements like an opening movie. Almost all DLC outfits will be included as well. Inti Creates has also teased a bonus for those that own Gal Gun 2 and Gal Gun Returns.

The Gal*Gun series is centered around a protagonist who becomes Super Popular under bewildering circumstances, forcing him to fend off hordes of girls who want to confess their love to him! Using his special Pheromone Shot, he must take aim and fire at the approaching ladies to send them into states of euphoria! Meanwhile, he must confess his love to one of the beautiful heroines in this part-shooting game, part-dating sim series!

In Gal*Gun Double Peace, the 2nd game of the series, that unique gameplay mix is all there—and powered up! Some of the girls you encounter have been possessed by nasty demons, but if you play your cards right, you can send girls into euphoria with a special “double peace” pose! Event scenes with the game’s heroines are also more…”intense” than ever!

We have a trailer for Gal Gun: Double Peace on Switch below.

You can access the official site for Gal Gun: Double Peace here.