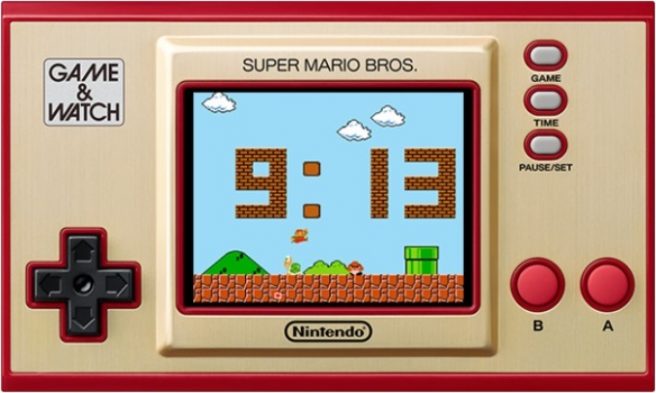 We would like to inform you about a language error with the ‘Mario Drawing’ song in the Game & Watch: Super Mario Bros. system’s digital clock.

When Game & Watch: Super Mario Bros. launches this week, it’ll release with a bit of a language error. Nintendo explained the situation on its official website today.

The ‘Mario Drawing’ song featured in the digital clock displays the wrong set of lyrics depending on the language you choose. French, Spanish, German, and Italian are impacted. However, English, Dutch, and Japanese will always display correctly. It’s possible to access the correct lyrics, but the aforementioned languages are mixed up.

Here’s the full notice from Nintendo:

Please note: We would like to inform you about an error with one of the digital clock’s 35 little touches in the Game & Watch: Super Mario Bros. system. Unfortunately, the ‘Mario Drawing’ song (vocalised in English only) that can be accessed by holding the A button, displays an incorrect language’s set of lyrics if German, French, Italian or Spanish is selected from the title screen. English, Dutch and Japanese languages remain unaffected. However, it is possible to change the language of the lyrics shown at any time while the song plays. Please see the table below for further details. Language settings can only be selected for the ‘Mario Drawing’ song. The system launch is not affected. Game & Watch: Super Mario Bros. will launch on November 13th as planned. We would like to apologise for any inconvenience caused.