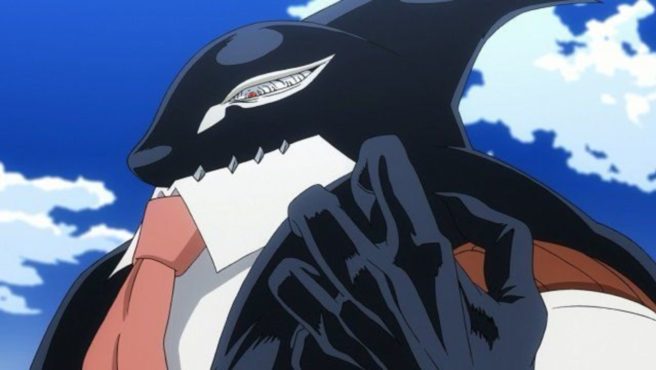 The latest issue of Weekly Jump has new information on My Hero One’s Justice 2. Along with revealing the latest character, we have news regarding an additional mode.

Weekly Jump confirms that Gang Orca will be playable in My Hero One’s Justice 2. He’s a power character with high-reach ranged attacks as well as useful combos starting with an unblockable attack.

In Arcade Mode, players can take on three routes for each character. You’ll earn designs for winning six battles in a row. After each battle, an original conversation will play out.