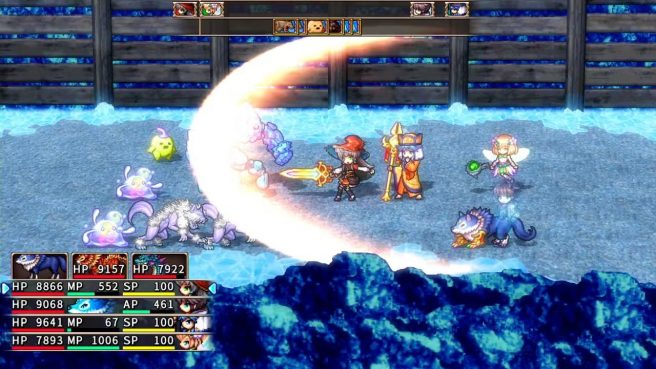 With Ghost Sync set to debut on Switch later this week, we have some early gameplay of the RPG. A half hour of footage is available.

For more on Ghost Sync, check out the following overview:

A fateful RPG involving a magical lady and a spirit of a man possessing a dog!

In a world infested with evil beasts called savarians, a girl is on a journey to hunt these dangerous beings. One day she runs into a dog possessed by the soul of a young man. This meeting triggers a further long adventure awaiting only to reveal what is behind the mystery involving the world fate.

Possess looming enemies and summon spirits to support you in turn-based battles with outstanding animations! Take on missions in the Guild to raise your rank, and upgrade weapons to become more powerful. More enjoyment awaits you in this fateful RPG!

View the gameplay for Ghost Sync on Switch in the video below.

Ghost Sync arrives for Switch via the eShop on December 2. It will support English and Japanese language options.

You can find the official website for Ghost Sync here.