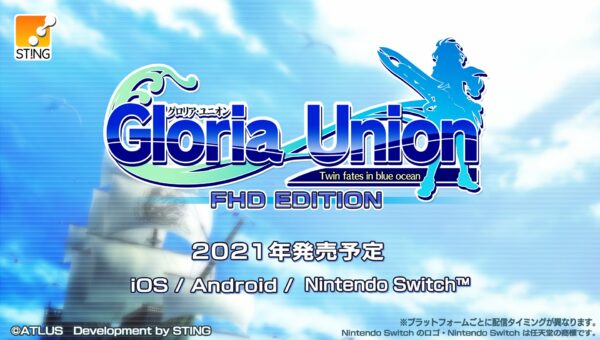 Gloria Union: Twin Fates in Blue Ocean is coming to Switch in 2021 in Japan. The game, originally a 2011 PSP title, will be making its way to the new console with additional functionality, balance adjustments, high-definition resolution, and change to adjust the difficulty level. This follows the port of previous series title Yggdra Union, making two of the four-game series available to Switch owners.