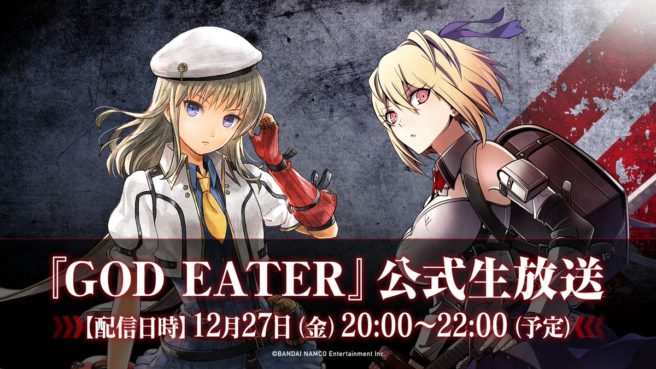 Bandai Namco is still cranking out support for God Eater 3, and we’ll get a new look as to what’s in store later this month. The company has announced another live stream that will be held on December 27 between 8 PM and 10 PM Japan time.

It can be seen live in the following YouTube video: