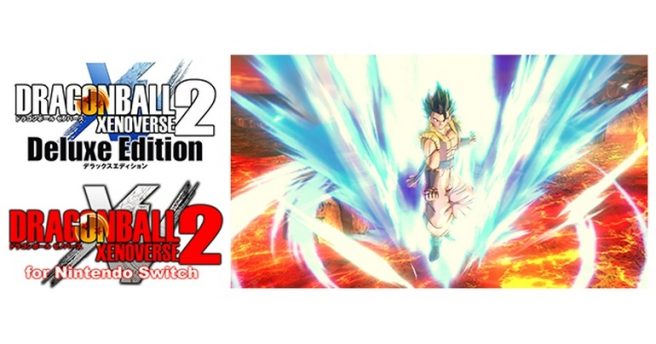 Gogeta (DB Super) is coming to Dragon Ball Xenoverse 2, Bandai Namco has announced. The character will be appearing this fall as part of Legendary DLC Pack 2 “Ultimate Battle Pack”.

Here’s an overview of the character:

In addition to relentlessly launching ferocious kicks in lightning-fast combos, he can also switch between his black-haired form and Super Saiyan, making for some epic battles that feel like they’re right out of “Dragon Ball Super: Broly”!

Gogeta blows his foe to smithereens with a huge blast of energy!

Gogeta powers up from his black-haired form and goes full Super Saiyan!

Gogeta charges up his Ki to the max and launches an all-out assault on his opponent!

Hit up the gallery below for a look at what’s to come in Dragon Ball Xenoverse 2.