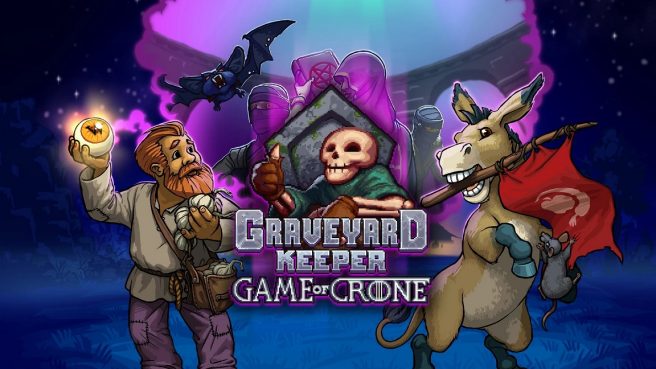 Graveyard Keeper players on Switch can now purchase the game’s latest DLC, Game of Crone. It adds several hours of gameplay as you help the escaped prisoners of the Inquisition survive in the wilderness.

You’ll have to help the escaped prisoners of the Inquisition survive in the wilderness by providing them with everything they need. To develop their camp to a fortified settlement while keeping in mind its benefits. To protect those who entrusted you with their lives, from the sword and fire. And also – to untangle the circumstances of the cruel game, which turned into the Great Blast and the return of the Ancient Curse.

The Game of Crone DLC for Graveyard Keeper is priced at $9.99.