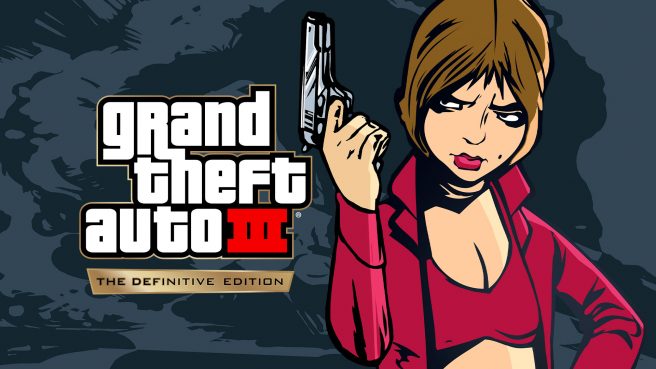 – Shift in art direction compared to the original
– Rain effort is poorly done
– Updated car models are a plus, but aspects of rendering the vehicle are off
– Character models are different
– Differences in way the environment is rendered
– Using the original city model while replacing textures and adding in objects where appropriate, but there are issues like texture alignment
– AI upscaling that was used can lead to things like typos in textures
– GTA III Switch resolution is about 648p when docked
– Around 480p in portable mode
– No ambient occlusion on Switch
– Missing some of the more advanced effects like reflections
– Switch version is blurry and lacking in detail
– GTA III Switch frame rate is capped at 30 FPS
– Has frame pacing issues like other platforms
– Frame rate drops a lot
– Performance is slightly worse in portable mode
– Traffic density and draw distance reduced on Switch
– Shadow maps are present, along with some dynamic shadows from headlights
– Game has a variety of bugs

Grand Theft Auto: The Trilogy – The Definitive Edition is out now on Switch. We should have further information about the performance of San Andreas and Vice City in the days to come.