Guacamelee out on Switch today, Guacamelee 2 coming in December 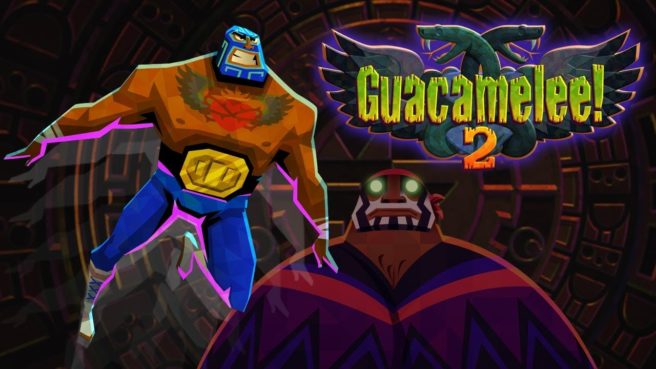 DrinkBox Studios has revealed that both of its Guacamelee games are coming to Switch. In fact, the first title is out today on the eShop. Guacamelee 2 will follow in December.

The Guacamelee games are Metroidvania action platformers. The first one ended up on Wii U a few years ago while DrinkBox only just wrapped up the sequel in August.

We have the following overviews and trailers for both titles:

Juan Aguacate, an agave farmer who stumbles upon a Legendary Luchador mask, must find the strength and courage to become the Hero he’s always dreamed of being and put a stop to this.

Guacamelee! STCE is a Metroidvania-style action-platformer set in a magical world inspired by traditional Mexican culture and folklore.

We are delighted to be working with @DrinkBoxStudios on today's release of Guacamelee! STCE on Nintendo Switch! Better yet, Guacamelee! 2 will be following in December! EXCLAMATION MARKS!!!! pic.twitter.com/HSSfIsbTTo

Brawling has never been more beautiful! The long-awaited sequel to the smash hit action-platformer is here: Guacamelee! 2 brings luchador Juan Aguacate out of retirement for a stunning new Metroidvania-style adventure, where he must face his greatest challenge yet – one that threatens to tear apart the very fabric of the Mexiverse!

Explore a huge, hand-crafted world inspired by Mexican culture and folklore, filled with sassy new villains and weirdos (and a few old friends!). Learn a deep repertoire of bone-crunching wrestling moves to fend off the skeletal hordes and overcome skillful platforming challenges… and who said anything about a Chicken Illuminati? Certainly not us!

Check out these features:
– Powerful New Moves – Eagle Boost, Rocket Kick, Pollo Shot and more add to Juan’s arsenal of combat and platforming abilities.
– Super Chicken – Tons of new powers for Juan’s chicken form. Ridiculous chicken-based platforming, combat and exploration. More chicken than you’ll be able to handle (probably).
– Vibrant, Deadly World – An epic, colorful adventure through the worlds of the living and the dead, across rifts in time and space — looking more gorgeous than ever thanks to a fancy new rendering engine.
– Lots to See – Bigger maps, bursting with secrets and optional content. Twice as many enemy types as the first game, and a roster of eccentric new bosses.
– New Upgrade System – Discover “trainers” from around the world, defeat their challenges, and upgrade your movement, combat, abilities, and more.
– Caliente OST – Soundtrack featuring new music from Peter Chapman and Rom Di Prisco – composers of the original Guacamelee! OST. Additional tracks from special guests Mariachi Entertainment System!
– 4-Player Co-op – Drop-in / drop-out 4-player local co-op through the entire story lets your best amigos join in anytime.