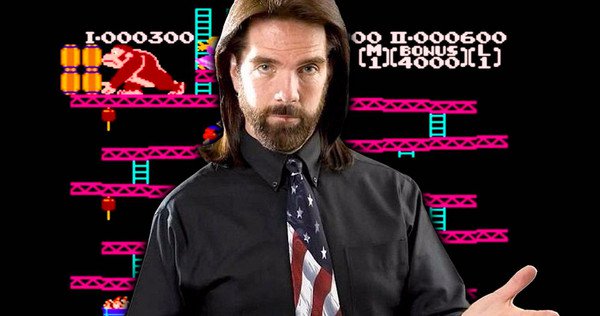 Yesterday, Twin Galaxies delivered its verdict surrounding Billy Mitchell. It was ultimately decided to have Mitchell’s scores in Donkey Kong and other games removed. Moreover, he will no longer be able to submit scores to Twin Galaxies.

In line with Twin Galaxies’ decision, Guinness World Records is also removing Mitchell’s Donkey Kong scores along with his records for Pac-Man. This is due to the belief that Mitchell achieved his scores through emulation software and was not earned on an arcade machine.

Guinness said in a statement:

“The Guinness World Records titles relating to Mr. Mitchell’s highest scores on Donkey Kong have all been disqualified due to Twin Galaxies being our source of verification for these achievements.”

“We also recognize records for First perfect score on Pac-Man and Highest score on Pac-Man. Twin Galaxies was the original source of verification for these record titles and in line with their decision to remove all of Mr. Mitchell’s records from their system, we have disqualified Mr. Mitchell as the holder of these two records. Guinness World Records will look to update and find the appropriate holder of these records in the next few days.”