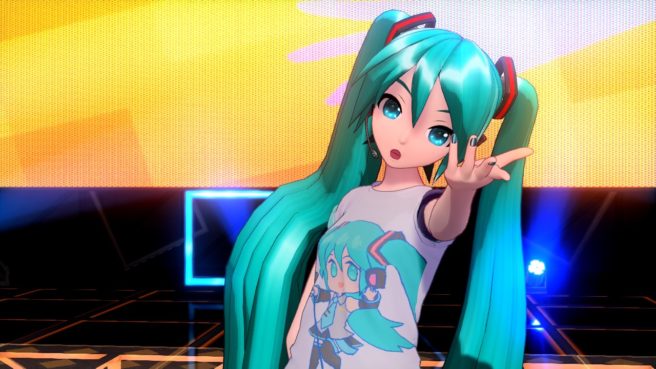 SEGA has shared the latest details and screenshots for Hatsune Miku: Project Diva MegaMix. Today’s update covers more songs for the game as well as a new t-shirt edit feature.

– Music and lyrics by Nanashi Hachiya
– A casual and rhythmical song debuted in October 2019 for Vocaloid Meiko’s 15th anniversary.

– New feature debuting in Hatsune Miku: Project Diva MegaMix
– Using the buttons or a touch pen, you can edit and customize your favorite t-shirts
– By choosing an edited t-shirt, you can enjoy seeing your own personal Modules (costumes) in the rhythm game
– Over 15 t-shirt modules, including designs produced from a collaboration with consumer-generated media content submission website Piapro, will be featured in the game