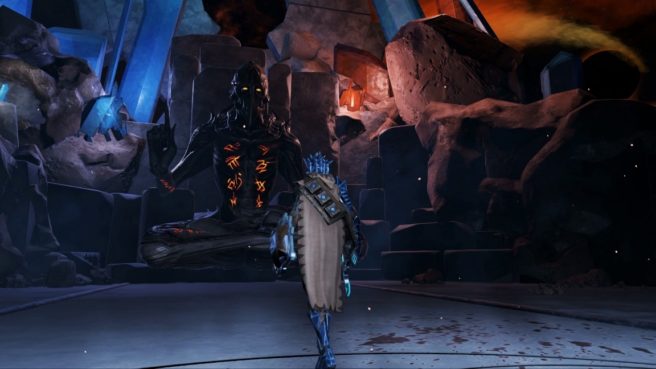 tinyBuild and Cradle Games will release Hellpoint on Switch, the two companies have announced. The game, described as a “dark sci fi action RPG set in the aftermath of a massive quantum cataclysm,” launches in early 2019.

Introducing Hellpoint, a dark augurist action RPG for PC and consoles, brought to you by Canadian developer Cradle Games. Embark on a soul conjuring journey aboard a derelict space station and figure out the twisted series of events that led to an occult quantum catastrophe. Hunt, or be hunted by insane mobs, decadent daemons, and deep space monsters, all under the constant watch of the black hole.

The Quantic system based on the station 21 hours’ orbit cycles creates a variety of dynamic events which can be sought and raided to discover new depth to the story.Revolutionary World

Craft weapons and special skills, use tactic and reflexes to outwit your enemies, learn to avoid death lurking around every corner.

HAVE FAITH IN OTHERS

Venture alone, with or against others in multiplayers, and dedicate your character to a Cult. Splitscreen Multiplayer

– Surprise your opponent by forging your very own supernatural skill using our revolutionary power crafting system
– Find your own balance of risks and rewards by performing strange rituals that affects the power and resilience of the enemies
– Plan and commit to your own network of quantic fast travel checkpoints but think carefully as quantity is limited per playthrough
– The path you take inside the open-world level design determines which enemies take control of various parts of the station, or which cosmic gods will accept to challenge you
– A special take on the new game plus design leaves you wondering if you truly discovered the real secret of Hellpoint