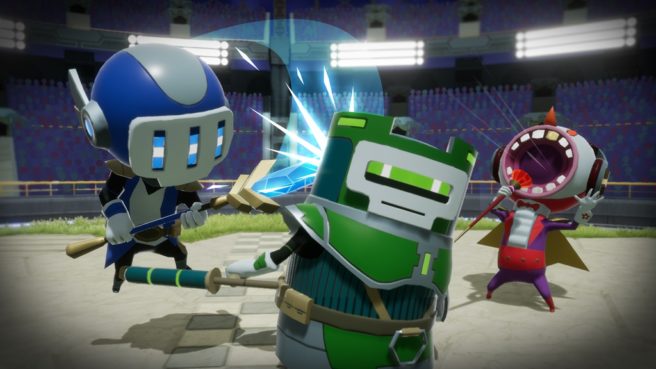 Hex Gambit has managed to reach its funding goal on Kickstarter. One Man Left Studios was looking to raise $11,000, which was just reached. Switch was a part of the main goal, so the game is officially confirmed for Nintendo’s console.

Here’s what you can expect from Hex Gambit:

In a world called Agon, the sharpest strategic minds command squads of expendable automatons in an explosive arena sport called the Hex Gambit.

Hex Gambit is a unique turn-based strategy game coming to Steam and the Nintendo Switch™ console, from the makers of the cult classic Outwitters (view our entire catalog of games here). It’s designed to get to the fun part fast: Drag and drop minions onto your side of the map on Turn 1; start hitting stuff on Turn 2! Games typically last 10-30 minutes (depending how fast you think), with the action always intensifying in the late game for an epic conclusion.

Hex Gambit will be on Switch sometime in 2018.