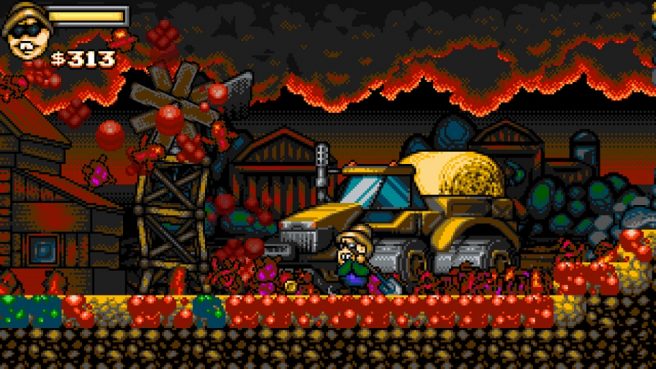 Sometimes You has announced that it will publish Hillbilly Doomsday – developed by Uncle Frost Team – on Switch. The title is scheduled to launch on June 29, 2022.

Hillbilly Doomsday is a retro-inspired platformer “about the hero from the village.” Read more about the game below.

Once upon a time when entire planet was in great danger, an unknown enemy turned almost everyone into zombies. Chaos ensued. The rest of the people are trying to survive. It seems that everything has come to an end…

But among the frightened people there is a hero who is ready to save humanity and eradicate the cause of disasters. A hero from small village called Rottenwill – Uncle Billy. He will pass through swamps, caves, dead lands, deep pits and tall buildings until he finds the source of disaster. And then he will eliminate it. You play the role of this brave man and go on a difficult journey to save humanity.

A trailer for Hillbilly Doomsday can be seen below.

Hillbilly Doomsday will cost $4.99 on the Switch eShop. Pre-orders are now available, and those that reserve the game can save 20 percent.