Hob: The Definitive Edition announced for Switch, Torchlight II could follow next 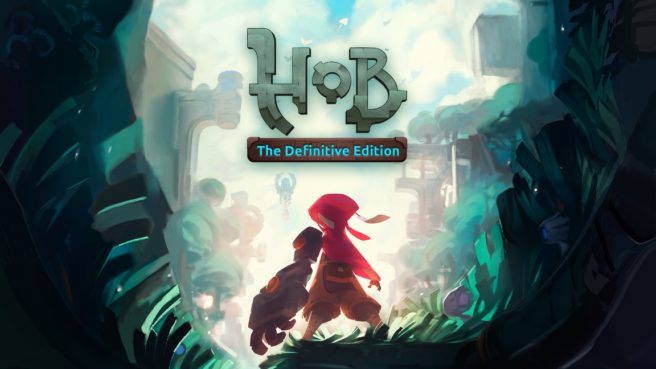 The critically acclaimed single-player adventure title Hob is coming to Switch, Perfect World Entertainment has announced. Panic Button is working on the new version under the name Hob: The Definitive Edition.

Here’s some additional information on Hob: The Definitive Edition, along with a trailer:

Hob: The Definitive Edition is an artfully crafted single-player adventure which sends gamers on a mysterious, breathtaking journey through the ruins of a lost civilization, where they will encounter strange creatures and unlock satisfying puzzles hidden throughout the world. The team at Panic Button has developed a version of the game for Nintendo Switch that provides adventurers with brand new ways to unravel the mysteries of Hob. This includes added camera controls, improvements to the game’s UI, a variety of quality-of-life improvements and new features only possible on the Nintendo Switch system, including HD rumble and touch screen functionality. A full list of enhanced features available with Hob: The Definitive Edition will be revealed at launch on April 4.

While Hob: The Definitive Edition launches for Switch on April 4, pre-loading starts today. Buying the game through April 17 will save 10% off the original retail price of $19.99.

Hob may not be the only Switch game on the horizon from Runic Games. It’s also been announced that Panic Button is working on an enhanced version of Torchlight II for consoles, but specific platforms haven’t been confirmed. More information about Torchlight II will be shared soon – well ahead of its fall launch window.