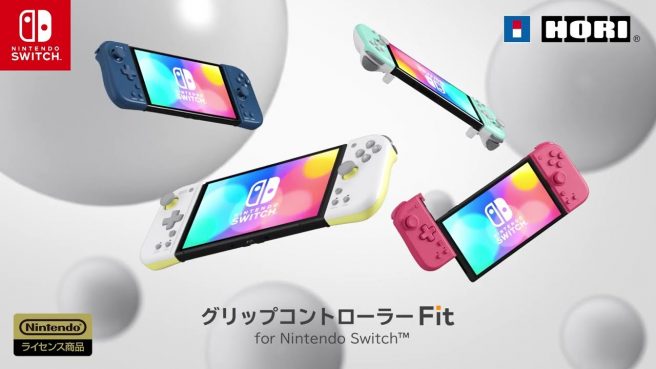 Original (8/18): HORI originally introduced the Split Pad Pro as a way of bringing the full-size controller experience in handheld mode that you’d get while playing your Switch docked. After putting out a number of different designs, the company has now unveiled an updated version known as the Split Pad Fit.

The Split Pad Fit is in many ways identical to the Split Pad Pro. You can still use a d-pad, assign functions to rear buttons, and more. However, just like the original, it does not support features like HD Rumble or NFC.

Here’s a trailer showing off the product:

HORI will be releasing the Split Pad Fit this September in Japan. As of now there hasn’t been any news about plans for the west, but we’ll likely be seeing it at some point given how various Split Pad Pro options have been made available overseas. We’ll keep you updated if we happen to hear anything officially.

Update (9/11): HORI has revealed two more designs based on Pokemon: Pikachu with Mimikyu and Gengar – see some photos below. They will be available this month in Japan. Play-Asia is taking worldwide pre-orders here.