How to evolve Girafarig into Farigiraf in Pokemon Scarlet / Violet 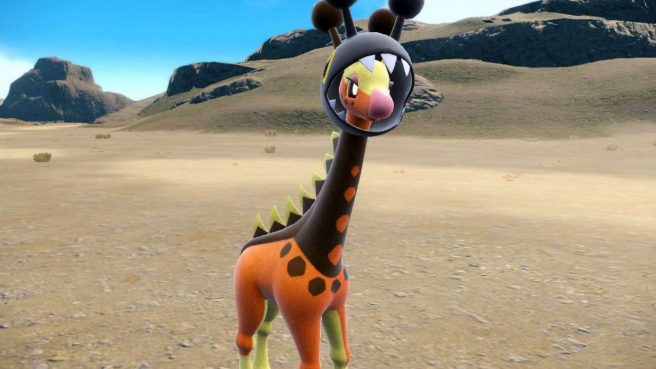 Are you playing Pokemon Scarlet / Violet, have caught Girafarig, and are looking for information about how to evolve it into Farigiraf? We’ve now got you covered on that front.

Farigiraf was one of the main creature reveals for Pokemon Scarlet and Pokemon Violet leading up to launch. It’s a Normal / Psychic type, Long Neck Pokemon with the new Abilities Cud Chew and Armor Tail. With Cud Chew, when it eats a Berry, it will eat it one more time at the end of the next turn. As for Armor Tail, it makes opposing Pokemon unable to use priority moves.

The Pokedex description reads as follows: “Though very small, the brain in its tail is still considered an important organ because it emits powerful psychic energy.”

How to evolve Girafarig into Farigiraf in Pokemon Scarlet / Violet

The main aspect needed for the evolution thus far is that the Girafarig you’re looking to evolve must have Twin Beam as part of its moveset. Additionally, we’re hearing that it needs to be at level 32, though we don’t have absolute confirmation on that just yet.

This post will be updated and expanded if any other changes are required regarding the evolution process.

Pokemon Scarlet and Pokemon Violet are both available on Switch now. Fans can visit the official website here.