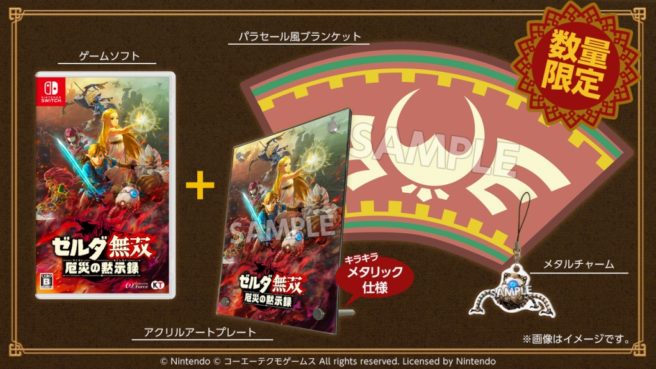 Japan is getting a Hyrule Warriors: Age of Calamity collector’s edition in the form of a Treasure Box, Koei Tecmo has announced. Copies will include the game, acrylic plate with the game’s art, paraglider blanket, and metal charm.

The Hyrule Warriors: Age of Calamity Treasure Box launches alongside the main game on November 20. Pricing is set at 16,720 yen. We’ll keep an eye out for import pre-orders.