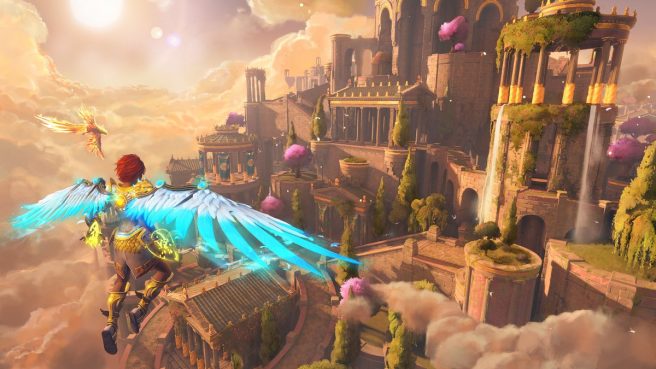 Ubisoft has updated Immortals Fenyx Rising to version 1.1.0. Aside from improvements, fixes, and adjustments, it also adds support for “A New God” DLC – complete with a quest that can be played now.