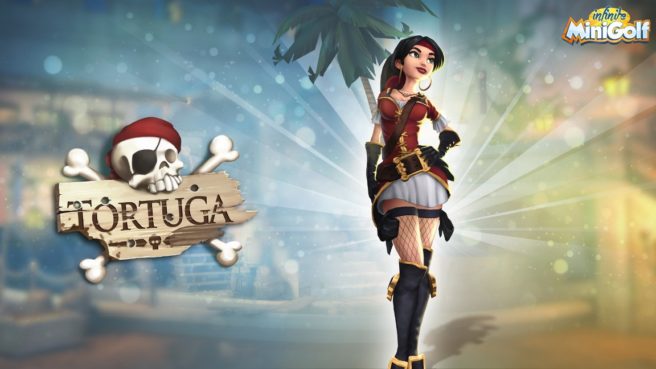 After players created over 14,000 courses, Infinite Minigolf is receiving some free DLC. Players on Switch can access the pirate themed “Tortuga” expansion at no extra cost. It’s available as a free update.

Captain Salvador and his crew of buccaneers have many pirate inspired surprises while you play through the 108 holes across four brand new tournaments. Build your own pirate themed course using brand new tiles and pirate themed objects, and share them with the Infinite Minigolf community!

Zen Studios is also teasing a second free theme due out “in the coming weeks”. More information will be shared soon.