Is It Wrong to Try to Shoot ’em Up Girls in a Dungeon? releasing on Switch in the west for free 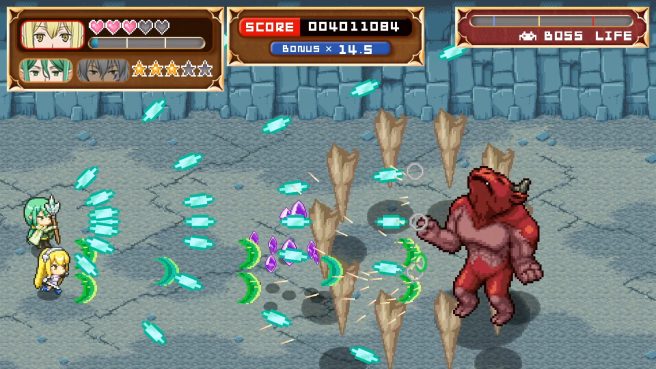 Update (12/7): If you haven’t been able to find this on the eShop, you’re not crazy. PQube says there’s been a “hiccup” with the Switch release and will now be arriving after Christmas.

Here’s an overview from PQube, along with a trailer:

Take control of Aiz Wallenstein, Loki Familia’s first-class swordswoman, and fight through hordes of enemies in this shoot’em up side-scroller based on DanMachi (Is it Wrong to Try to Pick Up Girls in a Dungeon?).

Choose from a total of five support characters from the story and utilize their diverse shooting styles to complete the dungeon! You start off with just Tiona and Lefiya, and you unlock the other three once you’ve cleared the game.

Collet power-ups that appear as you defeat enemies to gain power-ups, from speed to more lives, and get the best possible score!

The game has four stages, each with a boss, so get ready to change tactics and blast them away before trying again!

There are four difficulty levels, Easy, Normal, Hard and Death, giving a chance for beginners and experienced shooters alike to enjoy this free shoot’em up!

More: Is It Wrong to Try to Pick Up Girls in a Dungeon? Infinite Combate, Mages, PQube