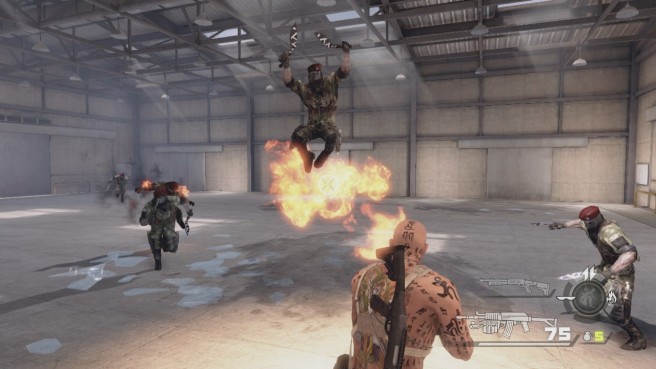 On his personal Facebook page, Devil’s Third creator Tomonobu Itagaki commented on the reviews the Wii U game has been receiving thus far. The average score currently sits at a 41 percent on Metacritic.

Itagaki acknowledged the negative critical reception, but feels that “most of the people reviewing the game weren’t given a chance to evaluate it properly.” Whereas Devil’s Third’s online play was designed “to be enjoyed together with tons of people”, he has the impression that “dozens of reviewers were only allowed to try the game in a closed environment.” Itagaki added that he values player feedback to a much greater extend.

Head past the break for Itagaki’s full message.

Thank you for playing our Devil’s Third.

I believe that those of you who actually have the game in your hands are more than satisfied with how interesting and fun the game is.

Unfortunately the scores we’ve been receiving in Europe are pretty awful. Some of the criticism we’re getting is constructive and fair – I can accept that.

But in general, I’m going to guess that most of the people reviewing the game weren’t given a chance to evaluate it properly.

Just as one example, we designed the online multiplayer mode to be enjoyed together with tons of people, but it seems dozens of reviewers were only allowed to try the game in a closed environment.

That’s extremely unfortunate for everyone involved. As you can imagine, no one can effectively evaluate the playability of multiplayer games under these conditions.

For me though, I value the feedback you guys can offer much more.

Please enjoy the game for yourselves.

After that, let me know everything about what you’re thinking, so that we can make a better future.
Gamers, let’s build a future together