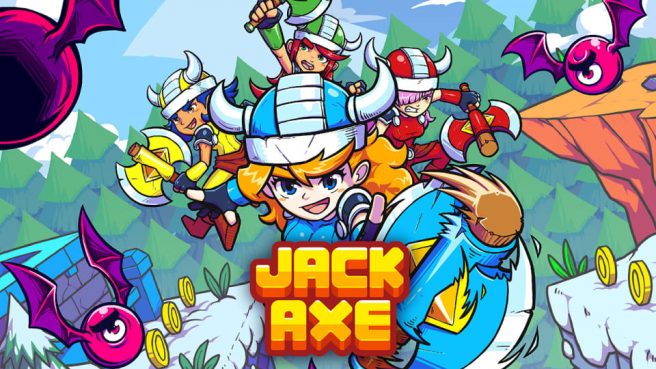 Gameplay has come in for Jack Axe, an open world platforming adventure inspired by Filipino and Norse mythology. The title landed on Switch earlier today.

Be Jack! Get an axe! Take Jack (and her sisters) on an axe tossing, single or multiplayer, adventure in a vibrant open world inspired by Filipino and Norse mythology.

Her name is Jack. She has an axe. She is Jack Axe.
Join the Jack sisters in a single or multiplayer, 2D open world adventure! Take on a variety of platforming challenges and utilize your axe tossing ability to explore Jack’s unique world. Witness the saga of a young woman breaking taboo by arming herself and taking on a “man’s job,” despite the protestations of an irate god in this Norse/Filipino fusion.

• Explore a Norse-Filipino Fantasy Fusion.
• Take Girl Power To The Next Level (And The Level After That) With Axe Tossing Goodness.
• Use Jack’s Axe To Perform Incredible Platforming Feats.
• Play With Up To Four Players In a Campaign and Party Modes.
• Enjoy a story written by Bari and Melai Silvestre and their 3 imaginative daughters.
• Prove That Girls Do It Better.

Take a look at the Jack Axe gameplay on Switch in the video below.

Jack Axe can be purchased digitally for Switch via the eShop. Find the official website here.