Jake Hunter Detective Story: Ghost of Dusk out this fall 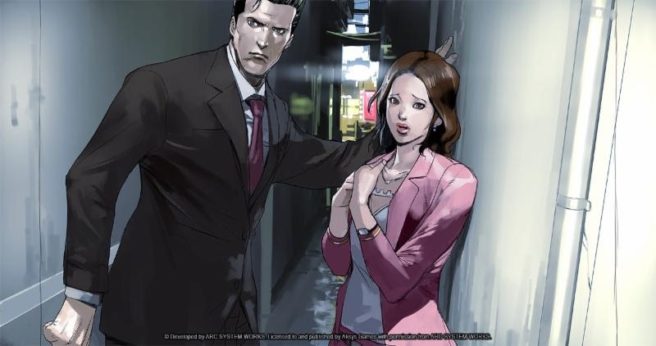 It’s been quite some time since we last heard about Jake Hunter Detective Story: Ghost of Dusk. Fortunately, Aksys Games still has plans to release the game overseas.

Jake Hunter Detective Story: Ghost of Dusk is slated for Fall 2018. It’ll be released both physically and digitally.

The full announcement is below, along with more details:

Torrance, Calif. – May 17, 2018 – If you were wondering where the next great mystery game was, you can finally relax—we’ve cracked the case. Aksys Games is thrilled to announce that Jake Hunter Detective Story: Ghost of Dusk, the newest installment in the Jake Hunter series, will be making its physical and digital debut for the Nintendo 3DS in Fall 2018.

A homeless man’s accidental death draws hard-nosed detective Jake Hunter into the shadow of a mysterious mansion—but all is not as it appears at the seemingly innocuous crime scene, and Jake can’t shake the hunch that something is amiss. With the help of an old friend, Jake works to get to the bottom of the crime and uncover the true culprit’s identity. But when the mansion’s owner comes to Jake with a new proposal, things take a turn for the bizarre as dark secrets are forced from the shadows. Now, it’s up to Jake to track down the source of the madness.

Features of Jake Hunter Detective Story: Ghost of the Dusk include:
Hardboiled Action – Dive into a gritty world populated by shady characters, dubious allies, and more than a hunt of the supernatural. You’ll need to harness all of your focus and skills to separate fact from fiction.
Investigative Instincts – To solve this mystery, you’ll need to use all of your master detective skills: question suspects, search crime scenes, and zero in on inconsistencies to discover the truth.
New Cases, New Faces – After a long hiatus, Jake Hunter is back on the beat and tasked with solving all-new cases with a cast of original characters and the return of some familiar friends.
And the Password Is… – Discover passwords hidden throughout the game’s world to unlock side stories, bonus features, and more!