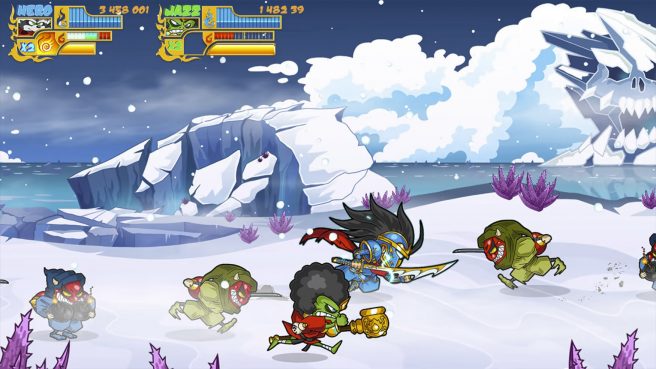 ININ Games and Tanuki Creative Studio have published a launch trailer for Jitsu Squad. The game, a co-op beat ’em up experience, is officially out on Switch.

Learn more about it in the following overview:

This is the story of the legendary, hidden Kusanagi Stone and the warriors seeking it. Containing the soul of a powerful demon, The Kusanagi stone can grant godly powers to those who awaken it. Now, the wicked sorcerer Origami has summoned and cursed ancient warriors to find the stone for him. Hero, Baby, Jazz and Aros, together they are the Jitsu Squad!

Control the entire Jitsu Squad in single-player mode or play with up to 2 people in local couch co-op. Tag team mode makes it possible to play locally with one friend, where each player chooses two characters!

Jitsu Squad is available as either a physical or digital game on Switch.