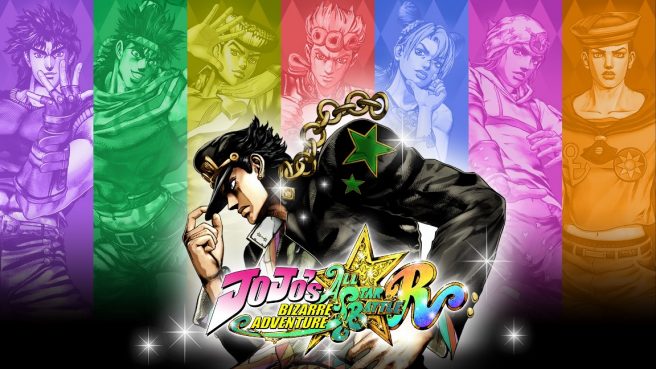 JoJo’s Bizarre Adventure All Star Battle R producer Kentaro Matano has shared details regarding the game’s performance on Switch, specifically when it comes to frame rate and resolution.

Players on Nintendo’s console can expect to see 30 FPS in all modes. When docked, JoJo’s Bizarre Adventure All Star Battle R will have a native 1080p resolution. It’ll be 720p in handheld mode.

Outside of frame rate and resolution, Matano commented on a few other aspects of JoJo’s Bizarre Adventure: All-Star Battle R as well. We have confirmation that the title doesn’t use rollback netcode, “and there are no plans to implement it at this time.” Additionally, cross-platform multiplayer is not supported.

Going into content included in the game, there’ll be “50 fan-favorite characters from every JoJo arc.” Six fighters have yet to be announced. All-Star Battle, Arcade, Versus, Online, Practice, and Customize will be included as different modes.

We added new actions, such as assist attacks, dash jumps, and Stylish Guard. The team also adjusted the hit stop and behavior of various techniques.

Other major changes are the modes, as we added All-Star Battle mode, Team Battle Mode, and Tournament modes in lieu of the original story mode and campaign from the original release. The team also adjusted character models and voices from Part 1 through 6 to conform to the ongoing anime.

JoJo’s Bizarre Adventure All Star Battle R will be out for Switch on September 2, 2022.