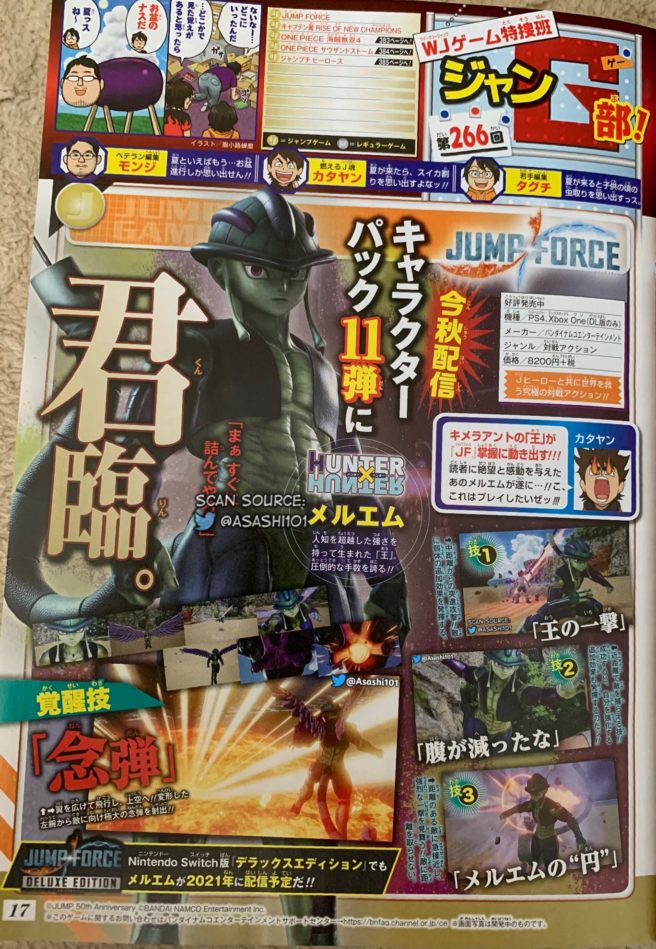 The latest issue of Weekly Jump has revealed the first DLC character for Jump Force to be Meruem from Hunter x Hunter. Jump Force is already out on other platforms, but the Deluxe Edition that includes Character Pass 1 is due out for Switch on August 27 in Japan and August 28 in North America and Europe. What other DLC characters do you hope to see? Special thanks to Gematsu for the screenshot and information.