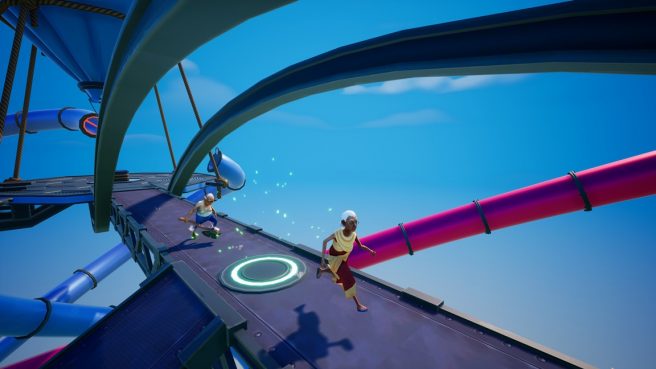 Curve Digital and DoubleMoose have announced a new update for Just Die Already, an old people mayhem sandbox game. After installing the patch, players can access a new player versus player mode.

Here’s what’s included as well as a trailer showing off the update:

In the new PvP mode, it’s time to give the boomers what they deserve by having them fight for their lives! Compete against your other old friends, playing in four new arenas where the goal is simple: survive the onslaught from your elderly assailants and start ripping their limbs off.

– A brand new game dubbed ‘Farm’: A cat and mouse type affair where one player takes the role of a farmer trying to stop the apple thieves with his shotgun and the others set about lifting that fruit.,
– Battle arenas where players will duke it out using the array of weapons and tools scattered around the level. Players can choose between a variety of settings such as Deathmatch, Team Deathmatch, Stock, Time Limit, and King of the Hill to tweak their battle to their liking.

Curve Digital says that Just Die Already will be receiving more free updates in 2021 and beyond.