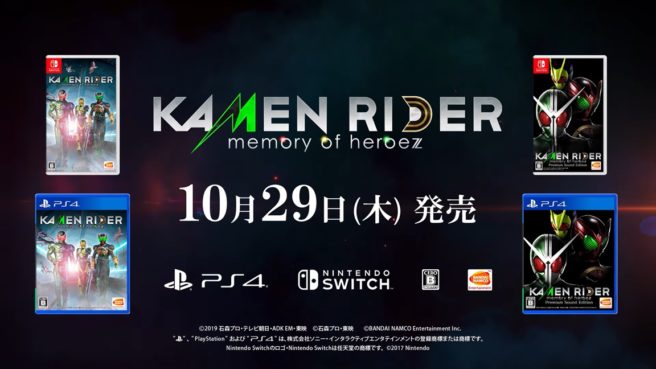 Bandai Namco today announced Kamen Rider: Memory of Heroez, a new action game for Switch. It will launch in Japan on October 29.

Here’s the first round of details:

Kamen Rider: Memory of Heroez will cost 7,600 yen. Fans can also purchase a Premium Sound Edition for 11,800 yen, which includes 60 additional songs such as the opening song and background music that can be customized as the in-game background music.