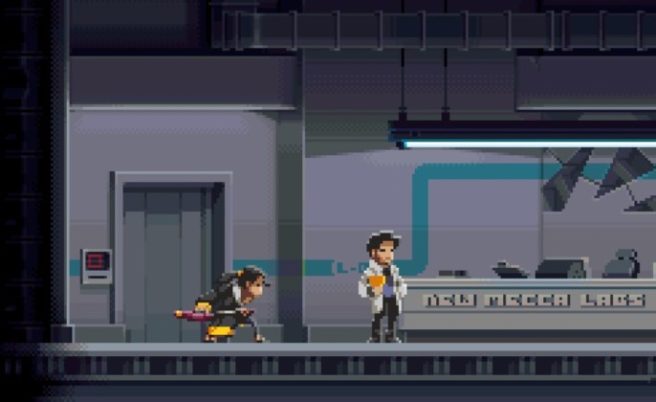 It was announced awhile back that Katana Zero will be receiving free DLC. Outside of a small status update in February, there hasn’t been much news. But development continues, and we do have another update today.

First, I’d like to thank everyone for their patience in waiting for the free Katana ZERO DLC. There’s so much that I wish I could share, but I don’t want to spoil the experience. Rest assured that there’s a lot of really good stuff in here and I can’t wait for you to see it.

As I’ve said before, the DLC won’t conclude the story of Katana ZERO, but it will explore some of the burning questions you may have. I’m really loving my time working on it, and I’ve been able to play around with some of the cooler narrative and gameplay ideas that I’ve toyed with since the very beginning.

We’ve made a good deal of progress so far. All of the gameplay and level mechanics have been completed, the writing is in its second draft, and a third of the levels are completed to varying degrees. Much of the gameplay, art and animation is completed, and some cutscenes have been fully animated and scripted.

I’ve nearly finished some ports of the base game, which will soon be announced. The 2 LP Vinyl of the KZ soundtrack produced by Fangamer is almost finished and should be ready to ship in the next 1-2 months. I think that’s about it for Katana ZERO updates. There’s still quite a bit left to do, but I’m very happy with what’s been done so far.

When there’s more to share regarding Katana Zero’s free DLC, will pass that news along.