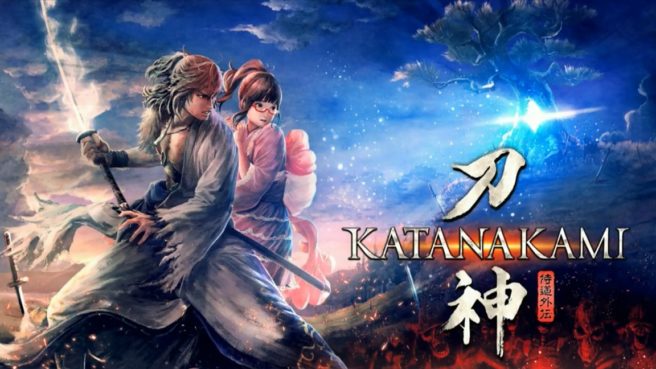 Following its announcement at the Tokyo Game Show, Spike Chunsoft and Acquire have issued some new details for Katanakami. Today’s update covers the game’s story and gameplay elements.

– Swordplay game like the Way of the Samurai series
– Play through hack and slash dungeons in order to search for famous swords
– Depending on your equipped weapons, how you play will greatly change
– The dungeons you enter at night are full of Japanese-style fantasy
– Since it changes every time you enter it, you can experience something different every time

– There are three factions that are vying to take overall control of the mountain
– Using the materials gained from the dungeons, the protagonist can ask the blacksmith to forge new weapons for both himself, and to aid the cause
– There is always a shortage of swords when three factions are fighting
– As a weapons supplier, you can help sway the tide in a certain faction’s favor if you want
– You earn money mainly this way

– Day and night cycle included
– What you can do depends on the time
– At night, you can go into the other world to find swords and materials
– The daytime is spent making weapons at the smithy
– The goal is to return all of the blacksmith’s debt