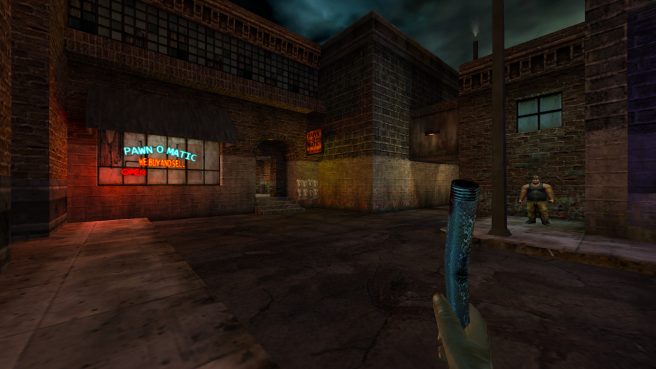 Kingpin: Reloaded, a redone version of the 1999 first-person shooter Kingpin: Life of Crime, isn’t launching this year as originally planned – hardly a surprise given how only a few days remain in 2020.

In a message shared with fans, the team said that “some major changes” took place during development, causing the delay. Rather than recreating things in a modern engine, the original game and engine have been reverse engineered, “essentially re-creating the missing sources from scratch.”

Thankfully, development is progressing smoothly. More news will be shared in January.

I want to give you all an update on KP Reloaded, and why it’s taking so long.

Early this year we revealed the game, with the goal of releasing the game this summer.

However, some major changes have happened during development, which is why we’ve decided to delay the game.

We decided earlier this year to change our approach to the Remaster. As you all know, the original source code for Kingpin no longer exists, so our original plan was to “Recreate” the game in a modern engine (The same approach Nightdive uses for their KexEngine games).

However, during this, we quickly realized that in order to get the game to feel 100% like the original (Including the fantastic path-finding for AI, etc.), a better approach would be to reverse engineer the original game and engine completely, essentially re-creating the missing sources from scratch.

We’ve been hard at work on this for the majority of 2020, and are finally at a stage where we’re almost done.

Alongside the programming side of things, we’re also close to being done with re-creating every texture in the game from scratch, in high-resolution. No AI Upscaling here!

In January we’re entering the next stage of development – Putting it all together, which is at the point where we’ll finally be able to share more videos, gameplay, screenshots, and open up the closed-beta.