Kirby and the Forgotten Land dev on origins of Mouthful Mode 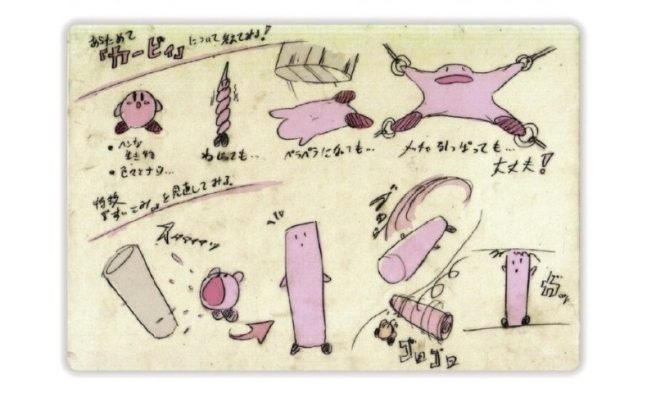 Shinya Kumazaki, the director of Kirby and the Forgotten Land, has spoken about the origins of Mouthful Mode in a recent issue of Japanese magazine Nintendo Dream.

Mouthful Mode lets Kirby transform into various objects for different types of gameplay experiences. After inhaling a car for instance, the character can drive around and smash through walls.

Despite Mouthful Mode being a brand new mechanic, it’s actually something that the team has been kicking around for quite some time. Kumazaki shared a rough sketch (pictured above) and mentioned that he “thought about having Kirby inhale mysterious triangles and squares and then transform”. However, he started thinking about different ideas such as why the character doesn’t swallow, and after noticing objects around him, this eventually led to Kirby inhaling things like cars.

Here’s the full exchange between Nintendo Dream and Kumazaki:

In Mouthful Mode, Kirby’s body stretches to an insane degree… is he okay?

When making the game, we reconsidered the mystery and shape shifting nature of Kirby. The idea of Mouthful Mode has been about for a while. Once we knew this game would be something new in the series, we started with the conversation “What is Kirby?”. We wanted to allow Kirby to do things that existing human characters couldn’t. That idea combined with the challenge of making something new became the concept of Mouthful Mode. We aimed to make it so Kirby could so calmly and easily stretch his body that people would wonder what on earth his body was, and this was how the new game established itself. In my first rough sketch. I thought about having Kirby inhale mysterious triangles and squares and then transform, but then considered, “Why doesn’t he swallow?,” and “What are the shapes of these objects?”. When I thought about those ideas together, I started considering objects close to me like cars, park decorations and pipes, and how he wouldn’t swallow them but instead stuffs his cheeks full and then takes on that shape.

The sight of it is quite striking, but whatever shape he takes he’s still very cute.

As you see in the final result, there’s a certain charm to seeing Kirby’s simple shape walking as a circle or a triangle or a square, and the actions he can perform are all different too. This is a whole new world with real world items, but Kirby doesn’t care in the slightest, he’s as chill as ever!

Kirby and the Forgotten Land is currently avaialble on Switch. Read our review of the game here.