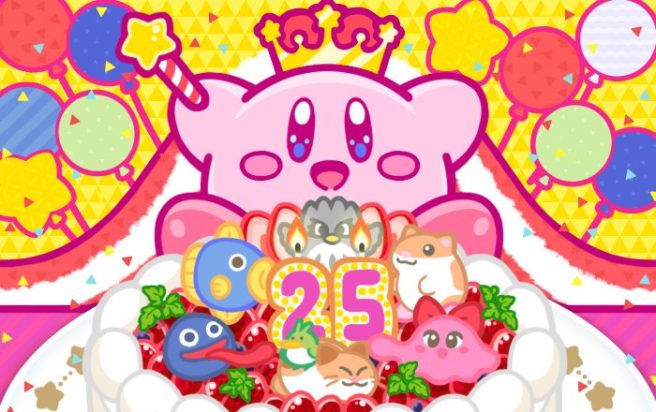 Kirby’s big birthday is here. The character (not to mention the series as a whole) is now 25 years old. In Japan, Kirby’s Dream Land debuted on April 27, 1992. That was the very first game in the series. Since then Kirby has starred in a massive amount of games as well as other titles such as Super Smash Bros.