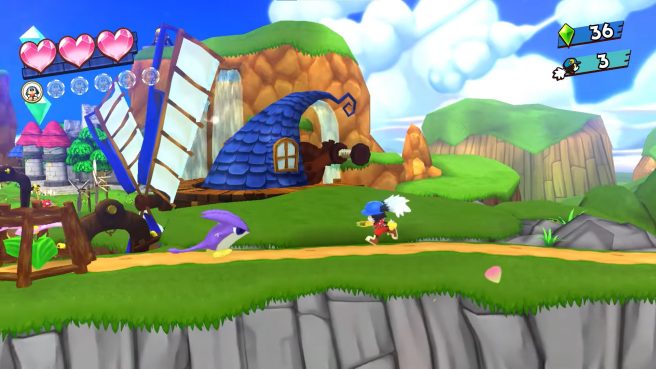 Some new gameplay has just emerged for Bandai Namco’s Klonoa Phantasy Reverie Series. About 20 minutes of footage are available, providing a look at the first game in the package, Klonoa: Door to Phantomile.

For more information on Klonoa Phantasy Reverie Series, check out the following overview straight from the game’s official website.

Klonoa Phantasy Reverie Series brings back “Klonoa: Door to Phantomile” and “Klonoa 2: Lunatea’s Veil” remastered in one collection to fans new and old. Get ready to set off on an adventure to save the world!

Released initially in 1997 by Namco, Klonoa is a side-scrolling platformer featuring a colorful character roster and vibrant game world, it’s up to you as Klonoa to embark on a journey to save Phantomile.

The graphics have received an elegant revamp while Klonoa’s beloved world and classic gameplay have been faithfully preserved.

The remaster also features an adjustable difficulty level, allowing franchise newcomers to delve right into the action, and long-time fans to get reacquainted with ease.