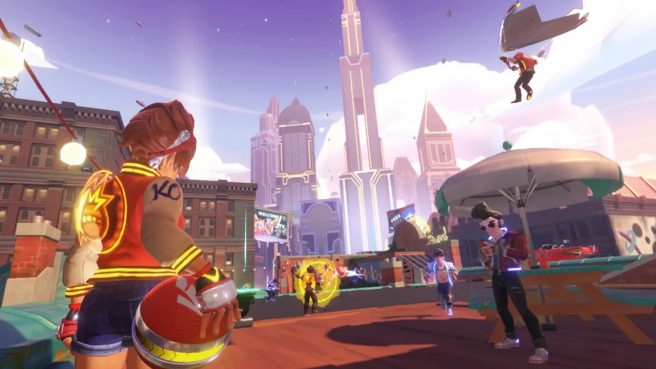 EA and Velan Studios have announced plans to host a cross-platform beta for Knockout City. The team-based multiplayer game can be tried out early between April 2 and April 4. Switch owners will be able to go up against those on PC, PlayStation 4, PlayStation 5, Xbox One, and Xbox Series S | X. The BackAlley Brawl map, Sniper Ball, new styles, and 1v1 face-off in the playlist will be featured.

We’re taking the brawl to PC on Steam and Origin, Nintendo Switch, PlayStation 4 and PlayStation 5, Xbox One and Xbox Series S | X for this cross-platform beta! So grab your friends and get ready to hit the streets in style. Dominate across a new map and get a feel for the arsenal of Special Balls at your disposal. Check out our new playlist to take down rivals as a team or face off 1v1 for glory.

HOW DOES IT WORK?

All you gotta do to join the cross-play beta is simply fill out the registration form now! You’ll be able to pick your platform as you do.

You can sign up for the Knockout City beta here.