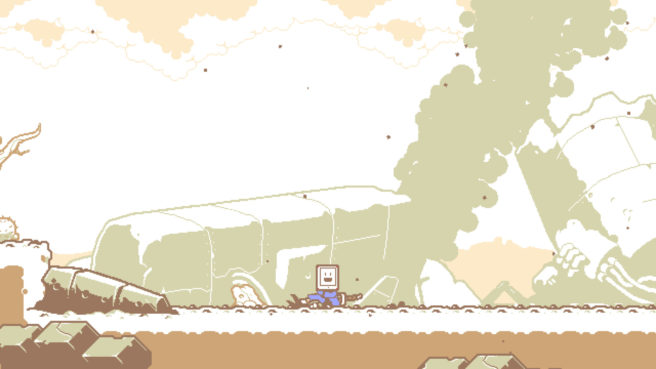 The Arcade Crew and TurtleBlaze have announced Kunai, a self-described ninja Metroidvania for Switch. A specific release window hasn’t been announced other than “soon”.

A traumatic event has shaken the balance of the world. Human life has been mostly wiped out. Robots roam free across the earth. Take control of Tabby, a killer robot infused with the soul of an ancient warrior, and find out its true purpose in this world.

Start out with nothing, progress and increase in strength by killing enemy robots to unlock abilities, weapons and kickass ninja tricks to move in style.

Explore a world filled with secrets, hidden passages and mysterious characters. KUNAI is all about movement and agility. Use your ninja mobility to reach places where no normal robot could ever go.

Explore the different pixel art environments of KUNAI with its minimalistic palettes that sublimes its aesthetic while Tabby makes cute faces.

Use a thousand ninja tricks to move around the world and unleash your deadly arsenal of weapons to fight your way through armies of evil machines, rogue androids, and mindless mechs to maximize your badassness.

● Be a freaking ninja
● A huge Metroidvania Open World to explore
● An arsenal of ninja moves at your disposal
● Throw your kunai left and right to move in style
● Cute unique graphical style with striking colors
● ORA ORA ORA ORA ORAAAA!