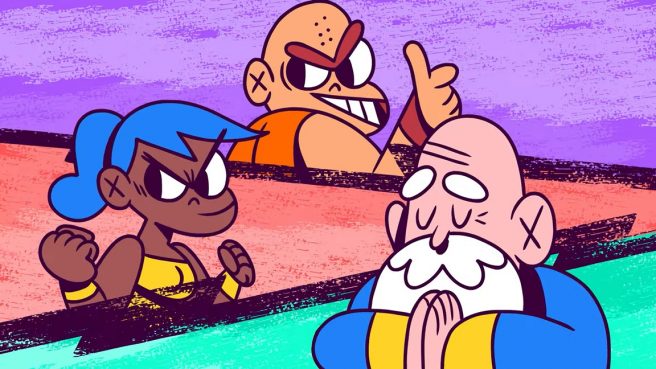 Publisher Blowfish Studios and developer WhaleFood Games have set a release date for KungFu Kickball, a team-based sports platform fighter. Switch owners will be able to pick up the title starting on December 2.

KungFu Kickball was first announced for Switch in August 2019. At the time, it was planned for a Q1 2020 release.

Here’s some additional information about the project:

Dart headfirst into an action-packed arena fusing intense martial arts with high-speed competition. Face rival squads, performing epic leaps, stunning steals, and powerful kicks to launch a kickball at the opposing team’s bell. Strategize offensive and defensive plays to outsmart challengers and bring them to their knees with each glorious ring.

Tag in one of five fighters, all with individual kicking styles, and compete on six different stages. Weave through defenders with the agile Monk, strike from behind with the ever-dangerous Assassin, or put a hurt on the competition with the hard-hitting Monkey King. Master every angle and bounce with strikes, blocks, and headbutts against the ball and enemy teams.

Become one with the ball and hone unbeatable skills in a comprehensive training mode. Compete in 1v1 or 2v2 online or local multiplayer matches to climb the ladder and claim the title of Kickball Master. KungFu Kickball’s pick-up-and-play accessibility invites fans of all genres to jump in with an easy and intuitive three-button control scheme.

Watch a new trailer coinciding with the release date news for KungFu Kickball below.