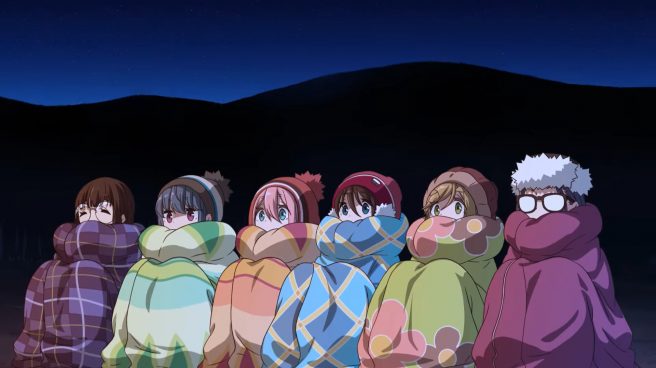 The visual novel Laid-Back Camp: Have a nice day! has released its opening movie. This cinematic is entirely animated and includes a song called “See the Light” by the Japanese artist Asaka.

This full opening can be seen below and more details about the game can be found at the bottom of the page.

Laid-Back Camp is releasing on November 11, 2021 for Switch in Japan. Feel free to read more about it in the game description below (courtesy of Gematsu)!

Take on the roles of Nadeshiko Kagamihara and Rin Shima, and enjoy a branching story where the camp contents change in a big way based on your choices. With “what if” scenarios not depicted in the TV anime, this is a game Laid-Back Camp fans will not want to miss.

Enjoy “What If” Scenarios” Not Depicted in the TV Anime

The game features various “what if” scenarios. What if everyone went to the Takabocchi Highlands, where Rin originally went solo? What if Rin camped solo at Shibire Lake, where she originally went with Nadeshiko? What if Rin brought a portable grill to Lake Motosu? Despite featuring the same scenes as the anime, you can still enjoy a fresh camping experience!

New Camping Spot Not Featured in the TV Anime Added

In Laid-Back Camp: Have a nice day!, you can relive the Laid-Back Camp experience by visiting Lake Motosu, Fumoto Campsite, Eastwood Campsite, Takabocchi Highlands, Shibire Lake, Jinbagatayama Campsite, and Fujinomiya. Furthermore, Lake Tanuki Campsite, which only appears by name in the original comic, has also been added as a campground. But whether you are able to camp there depends on your actions.