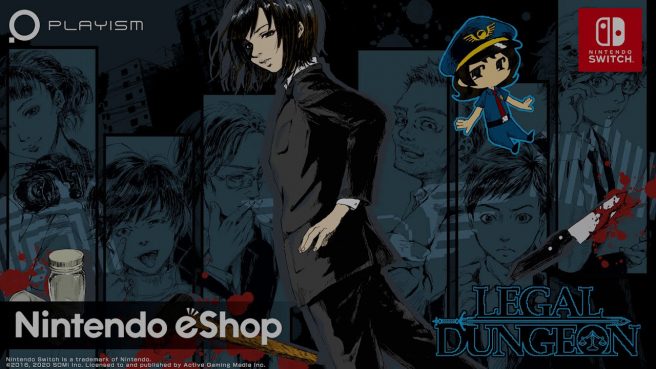 Legal Dungeon was announced for Switch last September. According to an eShop listing, it will arrive on February 25.

Here’s an overview of Legal Dungeon, along with a trailer:

The Supreme Court has ruled that it is not entrapment when police do not help a drunk pedestrian sleeping on the sidewalk during a stakeout, then arrest thieves who try to steal from the drunk victims. The court judged that “it is not illegal to indict a defendant who voluntarily premeditates and then carries out a crime.”

Legal Dungeon is a game about organizing Police Investigation Documents.

The player must review and provide an Investigation Verdict on reports ranging from petty theft to murder, in eight different criminal cases. Legal Dungeon will teach players that apprehending and punishing criminals is the very essence of Public Safety. Players will quickly become experts in revealing true criminals.

The game comes complete with 14 multiple endings for the players to unlock. Weigh the value of people’s lives to unlock all the collectables. The game is also home to a cute in-game Screen Mate shop!

Legal Dungeon will be sold digitally for Switch via the eShop. English, Japanese, Simplified Chinese, and Korean language options are supported.