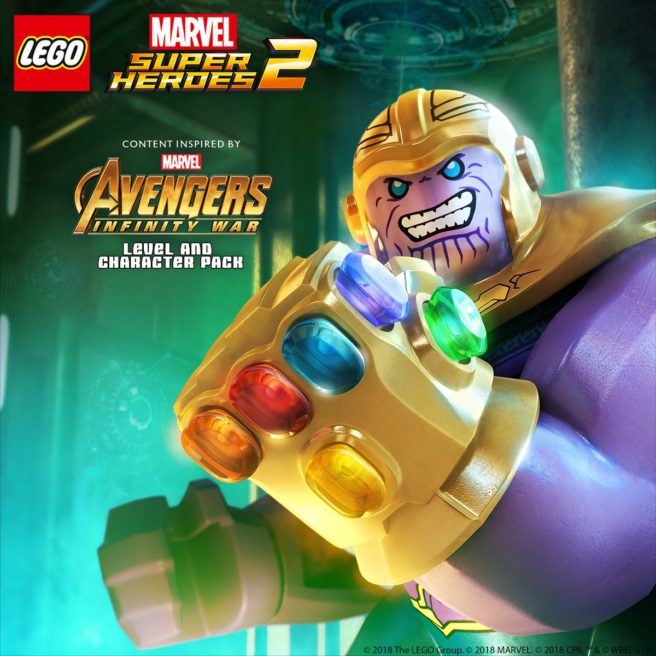 After it was announced last week, Warner Bros. Interactive Entertainment has confirmed that the Marvel’s Avengers: Infinity War Character and Level Pack is available today in LEGO Marvel Super Heroes 2. The DLC adds a level and characters straight from the comics in celebration of the upcoming film.

In case you missed it, here’s what you can expect:

This action-packed level offers players the chance to control Thanos, one of the most dangerous Super Villains in the Marvel Universe, and his ruthless army. The Mad Titan and the Children of Thanos have invaded Attilan to take on Black Bolt and the Inhumans in an all-new original game level. Working as a team, the menacing crew must work their way through the various levels of Attilan before they are given the opportunity to break through to Black Bolt’s throne. New unlockable characters Thanos, Corvus Glaive, Cull Obsidian, Proxima Midnight, Ebony Maw, Hulkbuster 2.0, and Groot (Avengers: Infinity War) add to the main game’s roster of over 200 Super Heroes and Super Villains.

The Marvel’s Avengers: Infinity War Character and Level Pack level pack can be purchased separately for $2.99 or as part of the season pass which includes six Level Packs and four Character Packs. The season pass costs $14.99, but all content is also included in the LEGO Marvel Super Heroes 2 Deluxe Edition.

We have a new trailer for the Avengers: Infinity War DLC below.