Posted on September 9, 2021 by Brian(@NE_Brian) in General Nintendo, News 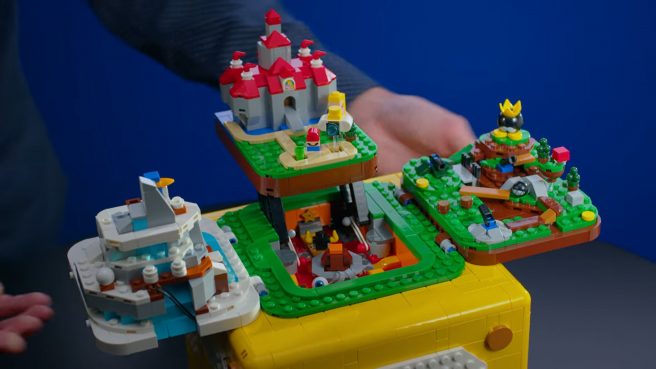 The LEGO Super Mario 64 ? Block is based on the classic N64 game and features a large brick-built ? Block that opens to reveal four levels: Peach’s Castle, Bob-omb Battlefield, Cool, Cool Mountain and Lethal Lava Trouble. The brick-built ? Block has 2,064-pieces, and there are various microfigures including Mario, Princess Peach, and King Bob-omb, as well as a Chain Chomp, Big Bully, Mr. I, Lakitu, penguin, baby penguin, and more.

Here’s a video promoting the news:

Pricing for the LEGO Super Mario 64 ? Block is set at $169.99. It will be sold exclusively from LEGO Retail Stores and LEGO.com. In 2022, other retailers around the world will carry the product.