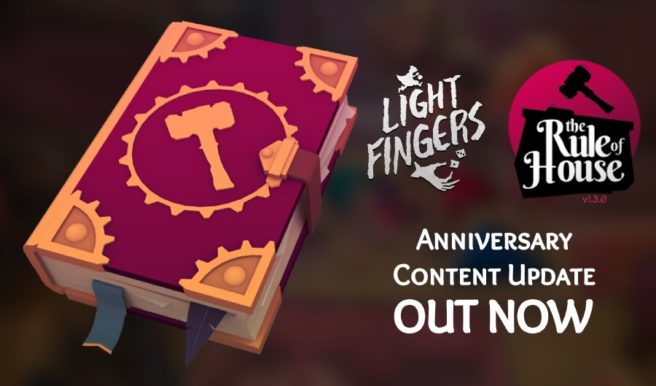 A major update for Light Fingers recently went live on Switch. The game has added a number of new features and content, including a House Rules system, Hotseat Mode, and more.