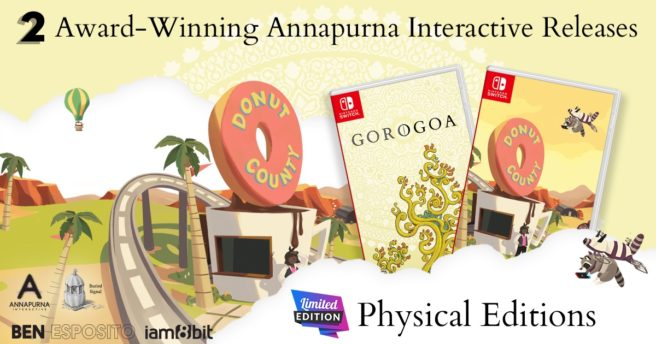 Donut County and Gorogoa are going physical. In partnership with iam8bit, Annapurna Interactive has announced that limited edition copies will be sold for Switch.

Donut County will come with the scratch-n-sniff “Trashopedia Sticker Collection”. Meanwhile, Gorogoa has package design by Gorogoa creator Jason Roberts, including a “Traditions of the Scattered Path” booklet with brand new original artwork.

Each game will have 5,000 copies produced and will be region-free with worldwide compatibility. Orders should ship sometime in Q1 2020.