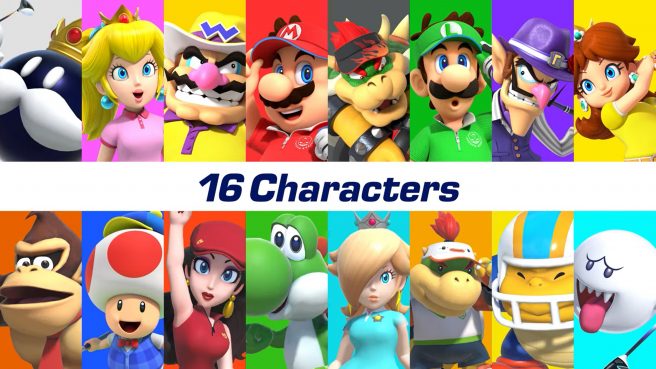 Today’s Mario Golf: Super Rush trailer showed off different gameplay, modes, and more. As part of that, we now have the game’s full roster.

Mario Golf: Super Rush will feature a total of sixteen characters. You’ve got traditional participants like Mario and Luigi, but others such as Pauline and King Bob-omb – the latter of which is included in the roster for a console Mario game for the first time.