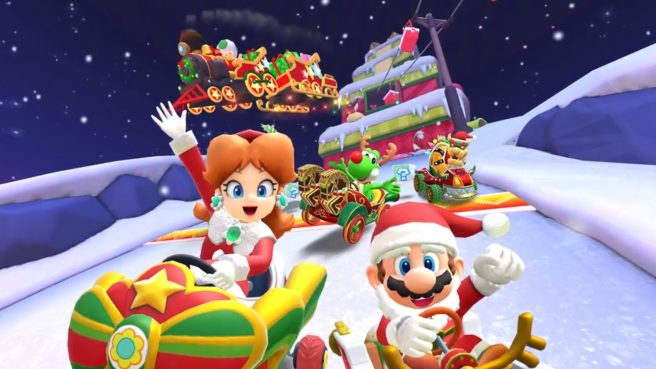 Nintendo has announced a Holiday Tour as the next major event for Mario Kart Tour. This is set to go live in the mobile game on December 14, 2022.

Obviously the main attraction here is that Mario Kart Tour is getting into the holiday spirit. You can see what’s planned for the event in the trailer below.

The Peach vs. Bowser Tour is wrapping up in #MarioKartTour. Next up is the Holiday Tour, in which the new GBA Snow Land course is set to debut! There are plenty of snowy courses waiting for you! pic.twitter.com/QfC8czKDwV

Mario Kart Tour is currently available on mobile via iOS and Android.