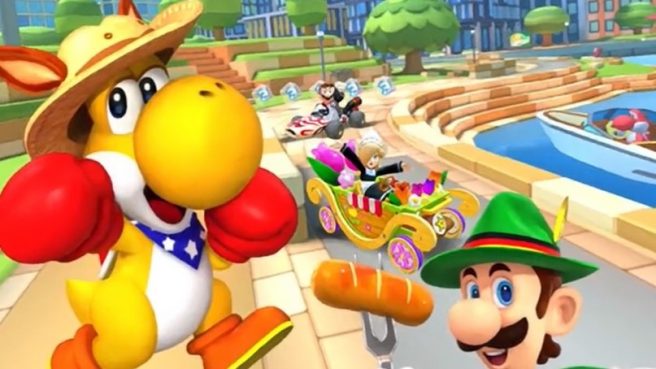 Now that the Mario vs Luigi Tour is ending, the Anniversary Tour has been announced as the next event coming to Mario Kart Tour. It’ll feature new driver and kart elements, such as a new variation of Yoshi, and will have players racing through a variety of city locales.
Additionally, a new wave of Mii Racing Suits will also be added to the game

Here are a couple of brief trailers showcasing this upcoming Tour and Wave 15 of Mii Racing Suits:

The Mario vs. Luigi Tour is wrapping up in #MarioKartTour. Next up is the Anniversary Tour, which will have you racing through several cities! pic.twitter.com/FiCwlNo687

Mario Kart Tour’s Anniversary Tour and next wave of Mii Racing Suits are set to go live on September 20, at 11 PM PT.